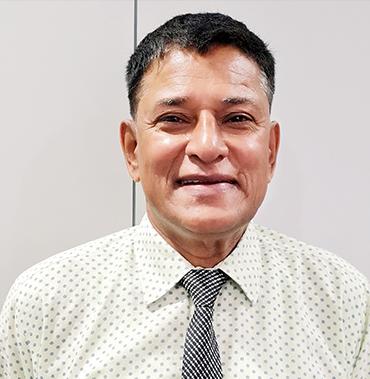 Rear Admiral Shekhar Mital (Retd), an alumnus of IIT Kharagpur, Naval War College & Naval Defence College, is a Navy veteran with over 33 years of experience in Naval Operations, Maintenance, Weapons, Ship Building & Design. He has taken over as CEO of M/s Yeoman Marine Services Pvt Ltd and brings ocean of rich experience of Defence, Head of PSU Shipyard, Civil Bureaucracy , MNC & Private sector.  His previous appointments include Member of PESB, Secretary Govt of India, the CEO of ‘The Centre of Excellence in Maritime and Ship Building’ (CEMS), a Siemens Group Industry 4.0 Company, CMD of Goa Shipyard Ltd (GSL) during 2014-2018 & number of illustrious appointments within the  Indian Navy, including DGND (SDG) & CSO(Tech) ENC in Flag rank.

His GSL tenure is a remarkable story of corporate leadership, wherein the organization was turned around from a loss-making entity to the most profitable shipyard in the country within a span of two years. In recognition of the turnaround, the Admiral was awarded the ‘SCOPE Turn Around’ award for FY16 by the President of India. The sterling performance also earned him the sobriquet of ‘The Turnaround CEO’ in the Defence industry. A complete process changeover, under his stellar leadership, achieved a reduction of ‘Build Period’ of OPVs from 60 months to 36 months and shipyard was awarded the ‘Top Exporter’ and ‘Best Performing Shipyard of MoD’ during FY16&17.  The outstanding performance of GSL was further recognized, with the award of prestigious weapon intensive 1135.6 Frigate construction project for Rs. 15K Crore by the MoD.

The Admiral was also President of ‘Indian Ship Building Association’ (ISBA) from 2017 to mid-2021 and Director on Board of IRS and played key role in policy advocacy for ship building industry.

He was awarded ‘Distinguished Alumni’ of IIT Kharagpur in 2017 and prestigious ‘Eminent Engineer’s Award’ by Engg. Council of India.